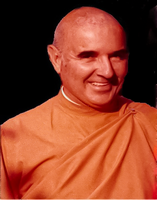 Turiyananda Tells Us The Karmic Consequences For Recreational Marijuana Use

This is aimed at uninformed people who use drugs for recreation or to just get high to escape reality and for the hopeless addicts who need to seek help. The youth and unenlightened of today is going to have some sad awakenings. Anything you take that dulls the senses or anesthetizes the brain will alter your genetic code. Your astral blueprints will then be tainted before your next birth.

There is mathematical exactitude in all the genetic code people are reborn with. We may think that smoking marijuana or taking drugs several times a week in small quantities is perfectly harmless and safe, wrong; this is what is called false reasoning for that is enough to alter our genetic-code and affect our astral-blueprints. As marijuana definitely affects the brain, we could suffer from mental illness or other birth defects in a future incarnation. Mental hospitals are like chambers of torture and look at all the sick people who have no idea why they are sick or what caused them to be there.

The master tell us the body is a nest of troubles and our fleshy house is perishable and if we do not live hygienically and follow dietary and health laws, we will die of disease. Contrary, if we follow the laws of health and keep a watchful eye on our bad habits, we enhance the chances of being born with a strong and healthy body in our next incarnation. If we abuse our body by transgressing health laws over indulging in smoking marijuana, drugs, food, tobacco or sex we alter the DNA code of our physical body. This then affects our astral-blueprints and the outcome is dependent upon the level of the abuse to our physical body.

You may be reborn into a family where a specific chromosome is reactivated to excesses and coming into contact with drugs would activate the samskaras in your subconscious mind and you could overindulge and become addicted all over again. All the dormant traces of bad karma and bad habits are very well implanted and they are known as samskaras. These traces of bad karma and bad habits remain inside the astral brain when one dies and leaves the body. They return back life after life ready to spring forth when karmic conditions are right, ready to germinate in a karmically defined time either physically or mentally. If you were an alcoholic or addict in your previous life you will be one in your next incarnation until the habit is completely conquered.

Have you ever wondered why some are born blind or soon become blind or crippled? It is said that some go blind very early in life with certain deformities such as becoming mentally retarded for laughing and enjoying the view of lions eating Christians in the Coliseum or from blinding others. Those with overly progressive or liberal tendencies who defame others for disagreeing with them are also playing with karmic fire especially interfering with spiritual or religious beliefs. Remember what happened to those who persecuted the Christians. Those whose astral-blueprints are tainted with obnoxious bad habits become extremely terrified at the time of death and try to become deaf to the call of death.

Here is an example of when we abuse our bodies badly enough. After we leave our current incarnation and the time comes for us to reincarnate we may be born with multiple birth defects into the womb of a mother who has been taking drugs during her pregnancy. This is the karmic law of cause and effect. We can see these poor souls on the streets everywhere. Why be reborn with handicapped tendencies?  When we are aware of these laws and ignore them, it may even be worse for the soul to learn these lessons of hard knocks.

Desires to become high on drugs belong to mundane, earthly people and these will one day realize that youth does not have to be wasted on the young. You can improve your chances of being born healthy in your next birth. The intelligence of men cannot be properly guided until one has accepted and understood karmic retribution is inescapable. Once you have accepted karmic retribution in your life you attain great strength of mind and you will no longer resent anyone for anything that happens to you in life.

We are reborn through magnetic attractions of what we have done before. Every action we have done is in our physical and astral brain of energy; this energy goes with us in the world beyond and in the next body you will wear all the information of the things you have recorded on earth. There are many different types of karma to dog you through incarnations. You have  karma of your own but also have the city karma and the state in which you live, the country, the planet, the solar system, and the galaxy in which you live. We have at least fifty more of the various types of karma which affect our lives. All people are subject to individual and mass karma.

How do you avoid mass karma? You must disconnect yourself from what other people are doing, that’s all. The great masters say seclusion is the price of or greatness because you remove yourself from mass karma which can explode at anytime, anywhere. However most  people are not in a position to accomplish this.

Everything is integrated with magnetic laws working in mathematical exactitude in the universe  and as long as you are in ego consciousness anything can happen to you at any time. Anything you are cognizant of outwardly leaves its vibration within yourself. People get raped, beaten up, robbed, or whatever calamity arrives into their lives because they have drawn themselves there. Many people love horror movies don’t they? If they watch horror movies long enough, often enough, they will have made a deep negative blueprint into their subconscious mind. People, who like to watch violence, will get violence because they automatically draw themselves into violent situations. The company you are with is stronger than any willpower you have and mostly the mental company you entertain in your own thoughts and feelings. At the end of life all the things we have done wrong will be revealed during the `Judgment` and we must reincarnate automatically to work them out.