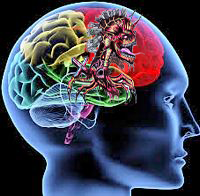 Turiyananda says there is physical disease, mental disease, emotional disease, spiritual disease and karmic disease. Now let me reveal to you a side which the science of our days, the medical science has not acknowledged, “evil disease” an insidious disease resistant to medical treatment. Our health is not only biological but it is controlled by cosmic engineers, cosmic designers and astral forces which police the body cells. We are utterly ignorant of our own body functions. We have cars and computers but we do not have the most remote idea of how they really work.

« Did We Meet Before? Is The Only True Friend A Past Life Friend? Is There A Test To Know? The Spiritually Gullible »