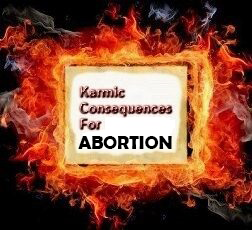 There are four stages of life that begins at conception. The first stage is the very second the spermatozoon of the father fuses with the ovum of the mother. The second is a large flash of light in the astral plane. The third stage is where the soul enters into that vehicle of light and enters the body of the mother at the base of the spine. The last stage is when the one small cell develops in four days into a complete design of what we become; all within the embryo. Only because the soul has entered the body that it is allowed to develop. The intelligence of the soul composes a definite individual pattern of the body different from all others.

When we look at newborns they all look much alike. But with a closer look you can see the difference when the baby begins to get bigger. The unique design of what he is unfolds slowly from the tiny cell to a predetermined pattern that starts to appear. For example with the penetrating sunlight and intense heat in Africa and India evolution caused a race with dark complexions and where people in colder climates like in Europe and Russia have fairer skins. Take the raw material of a Chinese baby who was formed in the factory of a family in China; you have a baby born with slanting eyes.

When is a human being a human being? It happens at conception and the complete design of the baby happens within four days in the embryo. Now it is necessary to understand when an abortion takes place, the mother is interfering with the progress or spiritual evolution of that soul. By killing it you are inhibiting the development of the ego of that entity. By thwarting this process of growth this living entity must again wait in the astral world for its chance to complete its designated karma in another body. One of the consequences for having an abortion is in future incarnations the mother in question will have to suffer the same sorrow of being aborted to experience the same loss of spiritual evolution. This is the karmic law. What a baby in womb goes through when being aborted. They feel lonely, unloved, frightened and do not understand what is happening as this foreign object enters their safe space and begins tearing their bodies apart – but they know what is happening it is not right. They call mentally for help and wonder why no one comes to help them. Then death causes them to melt into the astral. Sad.

It doesn’t make a bit of difference whether you believe in the law of karma or not. The karmic laws of cause and effect operate with or without our consent. The “unseen controllers” are the cosmic laws of justice that are watching everything we do twenty four hours a day and we cannot hide anywhere to escape our actions. Those who have broken this law should not consider themselves innocent or free. At the very inception when this cosmic law is breached the sin couches itself in the sub-consciousness of the executor as a cause-effect impression that predicts inevitable justice.

A subconscious inner fear of the consequences comes through the executor’s conscience “do unto others as you would have others do unto you, Thou shall not kill,” haunted by mental horror of the loss of life willingly forced upon the entity.

Everyone should be spiritually educated by parents about cosmic and universal laws. Most mothers and fathers of our day do not know these laws; consequently we must become our own doctors, psychiatrists, psychologists and lawyers to understand all of these laws and know that one moment of violence begets violence and triggers boomerang karma on that individual.

If a man kills an unborn child its homicide but if a women does it it’s just her choice.

Our astral blueprints are formed in the subconscious mind and determines the physical, spiritual and mental structure of our physical body in our next incarnation, so when you abuse your body by transgressing cosmic, spiritual or universal laws the karmic law of cause and effect comes into play with mathematical exactitude and you can be born into a womb with genetic code where a specific chromosome is reactivated from a mother that has been taking drugs during the pregnancy and you may be aborted at that time or born with multiple birth defects. Why take the chance of being reborn with a handicap. In understanding this principle, you will then realize you are totally responsible for your future and where you are now; by ignoring them it may even be worse for you to learn these lessons.

Good and evil actions are chosen freely; however when one has acted there is no longer any free choices to the consequences. You still have freedom before you act, but the results from that action will be with you whether you like it or not.

There is a big difference between what the so-called experts are telling us and what the true masters and sages are warning us about. You first must very quickly realize you are not dealing with Roe v. Wade, moral codes, ethics or constitutional rights but with cosmic laws and magnetic forces that most people are unaware and have little understanding of. Erase from your dictionary the word innocent if a cosmic law is violated out of ignorance, fear, or any other possible motive.

I was recently reading how some of the devotees defend abortion. Not considering it killing a human. I can see why the Mata’s hid at their ranch outside of LA. I can understand why St. Anthony hid in desert caves (partly because of stupid Christians). It is easy to understand why St. Francis hid in a mountain cave when he returned from the middle-east and found his disciples organizing an Order of monks that resembled nothing of what he taught them. I can see why Master hid in the desert the last years of life – to write books and hide from stupid devotees.

In the latest talk distributed by SRF Daya Mata ONCE AGAIN reminded us to NOT KILL other humans. THOU SHALT NOT KILL!!!! It Went in one ear and out another for many who call themselves devotees. How many times does she have to say this? Br. Anandamoy too. He repeated it many times. I’m disgusted to no end today. Ugh! Stupid, stupid, stupid!!!!!!!!! And we as a Nation and world head for destruction because of immorality and unrighteousness. I am happy for the old-timer disciples who left before it got really bad. I’m wondering if I will be so lucky as to leave before I have to see this world get even darker.

Don’t fool yourself into thinking you can get absolution by considering it sufficient to seek confession from an everyday priest to receive divine amnesty through confession of sinful evil deeds. There is mental consolation that confession confers on them and grants pardon, but the operation of the karmic laws are too subtle to be seen and they wrongly deem themselves to be forgiven. The selfish fear of consequences along with shallow prayer will not bring God randomly to counteract the just and truthful workings of the laws of cause and effect. People would continue in error if permitted to do so without consequences. God cannot be moved by bartered deals of good behavior for past misconduct or sporadic emotions of praise. With heart felt divine love and devoted sincerity any sin and its consequences can be forgiven, not by mere supplication. From the teachings of PY.