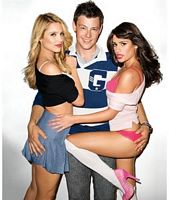 Sexual immorality frequently controls otherwise ethical and moral persons despite their eagerness and purpose to pursue the acceptance of moral correctness. As soon as one is stimulated by act or thought, the sexual force is the most compelling sense desire to be controlled and the most enslaving mortal habit there is to bring into line and conquer.

Having self-control over you sexual desires does not make you a saint. You may have abnormally little or no sex-drive because of past moral habits from past-lives even if healthy and normal, but in other respects may have an evil, deceitful heart. In contrast good people struggle night and day against their sexual desires owing to bad karma from previous incarnations or due to discomfort or sensitivity in the sexual nerves.

Astral-blueprints formed in the subconscious mind is what determines the mental, physical, and spiritual structure of our physical body in our next incarnation. As the consciousness flows outward from the astral body drawn by magnetized sense attachments or abuses to matter, the delicate expression of original astral-blueprints animates the bodily processes of the physical body. Due to regretful prenatal past bad habits from previous incarnations original astral-blueprints become increasingly more progressive, muddled and gross distorting its true astral-design.

If we abuse our body by over indulging in sex, we can immediately alter the DNA code of our physical body affecting our astral-blueprints however the outcome is dependent upon the extent of the abuse to our physical body. All the genetic code that people are reborn with carries mathematical exactitude. You may be reborn into a family where a specific chromosome is reactivated to excessive sex. This is how hereditary is influenced with sexual karma.

Now, how do you protect your subconscious mind from your mental environment? Since most past life sexual karma was thought induced then what is a thought? Thoughts are portions of consciousness, a tube through which positive, neutral, or negative energy is flowing. Therefore the most notable cause contributing to sexual karma is pornography. There are also other avenues to blame such as suggestive, lustful novels, liberal and crude television, movies and advertising. You do not want to reenergize some sexual tendencies within the subconscious mind. The company you are with is stronger than your willpower as well as the mental company you entertain on your computer.

You could attract negativity to you and rekindle those sexual thoughts in your subconscious mind even if you follow every natural health law, but what is it in your brain that sees and loves the fantastic programming that takes place in your body cell structure when sexual tendencies are triggered from your subconscious mind? The conclusion of various studies support that nearly all of these tendencies are psycho-somatic or thought induced.

Those heroic enough to match their will-power against the sexual compulsion of their base instincts and succeed through the transmuting power of self-control is far higher-minded than their sexual indulgence and are conquerors of their lower-selves. A man with little or no exposure to temptation who has been out of circulation may not consider himself innocent and could at any time give way by surrendering to an unexpected inducement aroused from his dormant sexual nature.

In our world there is a power little known and that is self-control. What a remarkable thing having so much power over yourself where your mind has absolute control over sexual desire. A small number of people have real self-control. Physical pleasure is the result of a continuous and extended mental habit accompanied by sensations from the body yet is not caused from these sensations. Links between your bodily desires and you is simply psychological. When you become strong within yourself you will develop more strength of mind and understanding what control means you will no longer be a victim of life but a victor. From the teachings of PY.

« The Rules For Happiness..Who New? Cancer The Great Karmic Accelerator »