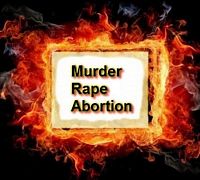 Can Bad Karma Be Erased, Forgiven Or Expunged?

When criminals break the laws of the land, they are condemned and sentenced accordingly to what is required by the provisions of the laws that were broken. But the president of the country or the governor of the state is empowered in mitigating circumstances to let the lawbreaker off with a lighter sentence or to pardon him altogether. In the same way, God being supreme and His highly developed saints who are in harmony with him can stop the fruition of bad karma or sins against the soul in persons by exercising their spiritual will-force. They can concede forgiveness of sins and free others from suffering the results of their bad actions by changing the nature of their mind and brain cells with the understanding of the precise relation of their habits and mind to the brain sufficiently changing their karmic blueprints.

Only God and His highly advanced masters or saints can forgive others. To illustrate in simple terms how this principle works, suppose for example, someone was poisoned through wrong eating, he can immediately be given an antidote to counteract the poison and thus create a new cause with an effect that will destroy the poison in his system. The powerful consciousness of the masters can equally counteract the adverse effects of earlier wrong actions accumulated in misguided people by various means.
The laws of cause and effect created by God however cannot be broken; the judgments of karmic law have to be compensated in fair exchange or in kind.

Any disciple or devotee who finds his adversary through introspection realizes his wrongful actions and bad karma, has been arraigned before the court magistrate in the cosmic judiciary of karmic law of cause and effect. He must ceaselessly pray to be set free from reaping the consequences of his wrongful actions. Those condemned by the judge for breaking the cosmic laws are sent to the penitentiary of suffering by the official officers of karmic inclinations accumulated from wrong actions. It is impossible to escape from the tribunal of cosmic laws that govern every single human action until we all worked out and fully paid our karmic bills through reformation, suffering and prayers for deliverance. In time it is possible to be partially or wholly free from adverse effects of bad karma. Our final recourse for redemption and grace is devotional sincerity and deep prayers to the Divine supreme jurist, the architect of the karmic law.

Those who have not been caught for breaking the laws should not consider themselves free, innocent or guiltless than some who were condemned and punished for their offenses for they will be convicted as they are apprehended by the cosmic laws of cause and effect. These are words of warning for people who become complacent and assume themselves as rightfully virtuous and secure. They so far have not had the misfortune visited upon others. Those sleeping in ignorance who never analyze themselves and who never make any spiritual effort, will one day be bluntly awakened from mental, spiritual or physical suffering. By the cultivation of spiritual consciousness, repentance and prayers for redemption they can, without fail, avert or lessen unfavorable karmic recompense.

The master knows the secret thoughts of men and is able to manipulate certain mechanical features of the laws of karma which can be skillfully adjusted by his fingers of wisdom and by counteractive measures taken by a distressed person such as faith, deep love for God, prayer and yoga meditation to reduce or cancel out the harmful effects of past sinful actions. But if the master wants to hasten the spiritual development of an individual or disciple, he may in severe cases of deep-rooted bad karma. He may also in reply to the devoted faith and receptiveness of the petitioner accept onto himself the karmic state of a disciple, or part of it, and let the karmic effects be worked out in his own body.

Lets say a weak man named Joseph enraged an associate who was physically stronger and who then decided to raise his hand and beat Joseph but I am also very strong and instantly jumped in between them and received the well intended punch and absorbed the blow which affected me in a far lesser degree sparing Joseph the pain. Similarly when a person is condemned to suffer from wrongdoing, he is bound by the karmic law of cause and effect but a great master can repel the turmoil and let it spend its force within his body.

There have been saints recognized for having taken onto themselves the very diseases of the afflicted and thus relieving the sufferers. It is not necessary for one to suffer in order to heal by divine law, but only masters and remarkable Christ-like healers have knowledge of the sacred technique and are able to take on the spiritual, mental or physical sufferings of another to release them in their own physical bodies. Even though a pardon is granted from illness, the body is temporary and must perish in its full season. It does not matter what one’s blessing of healing or disorder is, the only way to lastingly wipe out unwanted karma is by God contact. Unfortunately the multitudes do not believe that real God contact is possible but knowledgeable disciples and devotees know better.

There are some credulous offenders who want to be free of suffering and consider it sufficient to seek confession from an everyday priest to receive divine amnesty through confession of their sinful evil deeds. There is mental consolation that confession confers on them and grants pardon, but the operation of the karmic laws are too subtle to be seen and they deem themselves to be forgiven. The selfish fear of consequences along with shallow prayer will not bring God randomly to counteract the just and truthful workings of the laws of cause and effect. Men would continue in error if permitted to do so without consequences. God cannot be moved by bartered deals of good behavior for past misconduct or sporadic emotions of praise. With heart felt divine love and devoted sincerity any sin and its consequences can be forgiven, not by mere supplication.

When Does A  Guru Refuse To Heal?

When a particular student grew ill the Master directed him to see a doctor. One of the disciples politely protested to the Guru. You know most of those doctors can’t really cure they just give pills to alleviate symptoms with sometimes terrible side-effects. Why didn’t you heal him Yourself?

Those who were given the power to heal by God may only use it when He tells them to do so. God knows sometimes its best when His children go through the experience of suffering. Spiritual ignorance is the true cause of all diseases. To be really healed, spiritual ignorance must be uprooted. True healing cannot take place if the person continues over and over to make the same errors to bring back the same illness. They must be ready to live in harmony with God’s laws if they expect to be healed.

We have all heard the expression “get a life.” If one really wants a real life, one must try to find who his or her God-ordained guru is because no one can even casually meet their guru without good karma. We are told that during a period of psychological curiosity we should thoroughly investigate how God sends the seeking individuals ordinary teachers for addressing the awakening of souls. When the first yearning for truth comes, somebody offers you a book or recommends a teacher to awaken you, but when a soul is determined to know God, the Heavenly Father sends him a guru or an illumined soul who has cosmic consciousness and is one with him such as Jesus, Krishna, Buddha, Sri Ramakrishna, Paramahansa Yogananda and other great unknown masters who have come to earth throughout the centuries.

These masters have complete mastery of the self and no karma of their own. They come only to help the disciple to acquire the freedom from his own karma. It is extremely important to follow one master who has no karma and who can take a portion of our cross on his back. If the person you follow has not realized God he can not take it, he is only a school teacher and a person who learns from an ordinary teacher is called a student but a person who learns from a guru is called a chela or disciple. When the disciple faithfully applies and learns the teachings of a God-sent guru preceptor, he attracts the same guru in following incarnations until liberation is attained. The technique in finding your true spiritual guru not a self-appointed one is explained in the book “Autobiography of a Yogi” by Paramahansa Yogananda, a spiritual classic which explains this in detail.

« The Elements of Pain And Suffering? Eastern Versus Western Karma Deciphered »